A lot has happened in the last century, and as our lifestyles have evolved, so too have beauty trends.

We thought it would be interesting to explore the development of new beauty products and procedures, and so we set about analysing dozens of historic beauty books, guides and old photographs before working with artists to visualise the most popular looks from the 1920s to the 2020s.

See for yourself how popular beauty looks have evolved. We begin with the trends of today, and work our way back in time… 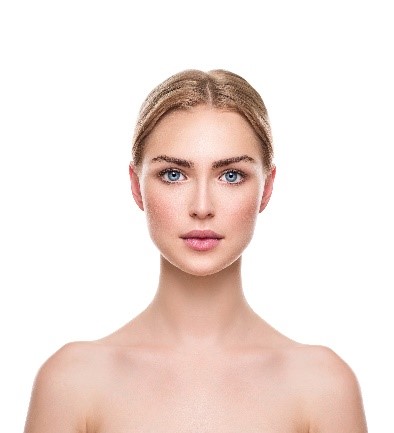 The 2020s have so far seen the focus shift away from makeup and onto skincare, and non-surgical facial treatments. With more time spent at home we’ve been thinking more about our skincare habits, and this in turn has sparked a desire for less labour-intensive makeup routines.

Skin rejuvenation treatments such as hydrafacials, dermaroller, and microneedling are designed to achieve a plumper and more glowing complexion – if your skin is flawless, why cover it with makeup?

Multi-use products that can work on eyes, lips, and cheeks to create a cohesive look, are also popular; all in a bid to save us precious time in the mornings. 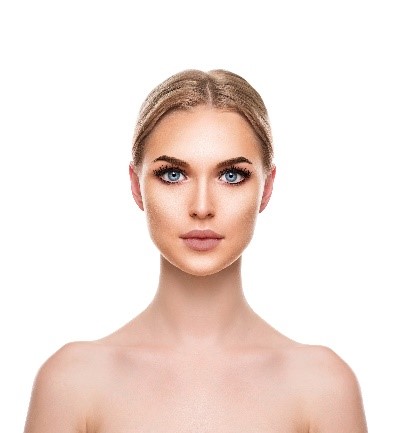 Going back to the 2010s, the biggest trend was a full face “beat”. Full coverage foundation was paired with carved out brows, and contouring, and highlighting to the max.

A bright highlight on your cheekbones and high points of your face gave the impression of a striking glow. Experimenting with eyeshadow looks was in full swing, so whether you preferred a bold, colourful look or something deeper and smokier there was an option for every preference.

Underneath makeup, skin was fuller and plumper thanks to dermal fillers. The 2010s also brought about the trend of the full pout and lip fillers grew in popularity. 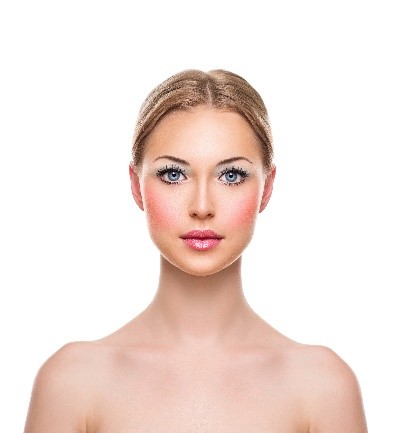 By the 2000’s hyraluronic acid moisturisers had emerged, and manufacturers began using antioxidants, sunscreens, and skin energising technologies in their anti-wrinkle treatment formulas to improve the condition or skin and protect it from damaging UV rays.

The most identifiable makeup look was vibrant blue eyeshadow paired with a frosted lipstick and lip gloss (a lot of lip gloss). Eyebrows were plucked thinner and were shaped with a defined arch. 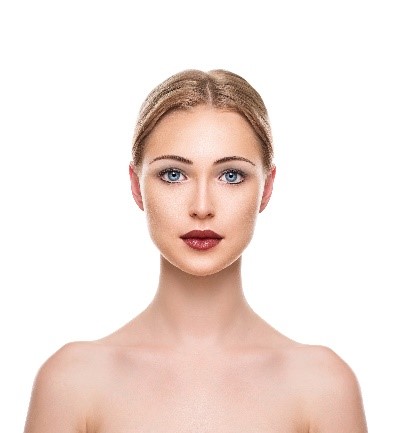 Nose surgery become a popular procedure in the 90s, with many celebrities undergoing the procedure to achieve a ‘neat’ narrow nose shape.

The 1990’s also brought us AHA’s (Alpha Hydroxyl Acids), which was the first ingredient to affect ageing skin. The roles of vitamins A, C, E, and group B were also discovered to have a special role in premature ageing.

Skin was flawless and fresh, and so provided a striking contrast with the favoured makeup trends. Brown, purple, and burgundy lipstick flew onto the scene and was usually paired with a dark lip liner. Eyebrows were also dark and well-defined, and usually very thin. 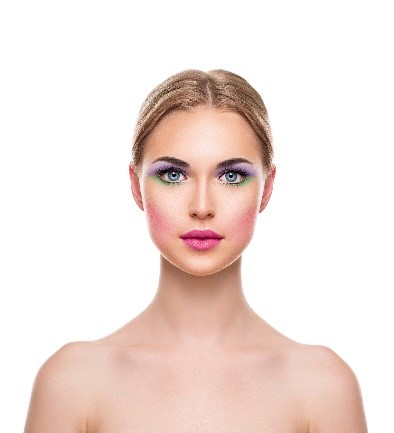 The first anti-ageing skincare products appeared during the late 80’s, with collagen cited as a wonder ingredient! Facelifts also started to gain popularity, as a way to maintain a more youthful look.

With makeup, the 80s were a time for colour; blue, purple, pink eyeshadow was everywhere, the brighter your look was, the better. And it wasn’t just eyeshadow, coloured mascara and bright bold lips were incredibly popular during this decade, reds, pinks, and oranges were the trendiest to wear.

Raccoon-esque liner was also all the rage, with people opting for a heavy application around both the tops and bottoms of their eyes.

This was also the first decade we saw the bushy brow gain popularity. 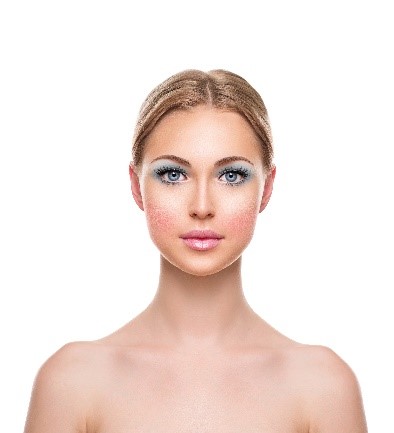 The 1970s saw a change in the way we approached beauty products. More “natural ingredients” were incorporated into cosmetics to satisfy the growing demand for organic products.

Bronzer was also now being heavily incorporated into makeup routines and there was a rise in popularity of using pearl powders to give a healthy glow and accentuate the cheekbones. 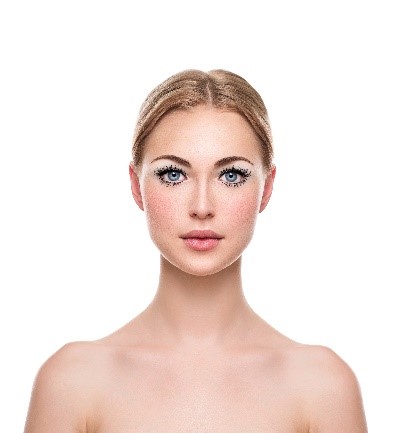 Again, chemical facial peels grew in popularity but were not yet available to most people – it was a procedure largely afforded by the rich and famous.

Multi-step skincare systems including moisturisers, toners, and cleansers were first launched in the 1960s, with brands like Clinique emerging onto the scene.

Thick winged liner was a hugely popular trend, giving the appearance of a larger, brighter eye. This decade also introduced false eyelashes to the world, made popular by a photo of the famous model Twiggy. Along with the introduction of falsies, women started using concealer for blemishes and under eyes as well. 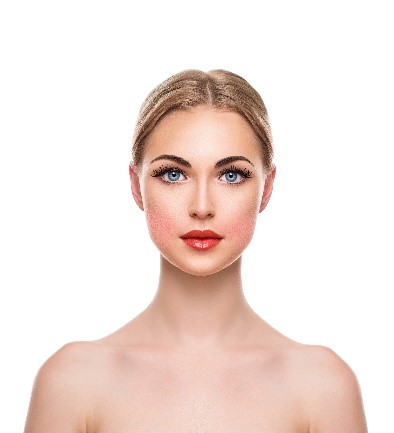 1950’s actress, Marilyn Monroe, was said to have had nose surgery and this revelation made the procedure more popular, although not yet affordable to the majority of people.

The 1950s also saw the rise in pastel make up; greens, blues, yellows, and pink were vastly popular in this time.

Soft eyeliner was paired with generous applications of mascara, whilst full eyebrows with a defined arch, and pale foundation in a cream or liquid texture were the way to go in this decade. 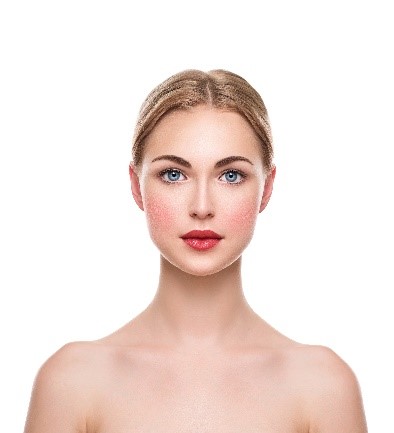 In wartime Britain, ingredients for makeup and beauty products were in short supply and as such innovative substitutes such as burnt cork for mascara and beetroot juice for lipstick were introduced.

Thanks to the impact of rationing and product scarcity, the 1940s face was very natural and sun-kissed with the addition of a bold red lip. 40s women were praised for their use of lipstick, as it was viewed as a good way to boost morale whilst maintaining their femininity.

Eyebrows were well-groomed, medium thickness and either brushed or lightly drawn in. 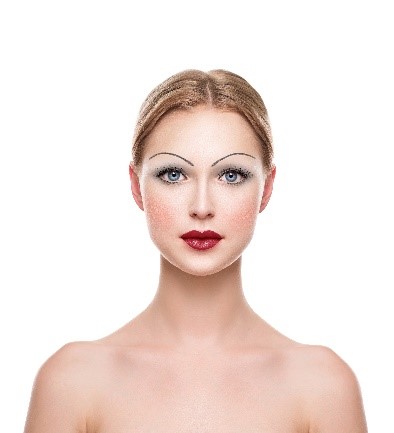 Hollywood hugely influenced this decade: pancake foundation that was made popular by actresses became commercially available in 1937, and actresses also influenced the huge trend for pencil-thin eyebrows.

People were still feeling financial strains from the Great Depression though, and so although 1930s beauty trends seemed glamourous, people often didn’t have much money to spend on products or treatments.

One interesting innovation to come out of the 1930s was the use of electrical currents with pulsating microwaves for facial treatments. Several different types of machines were invented, including the Violet Ray machine that advertised it would “increase secretions” and “sooth the nervous system.” 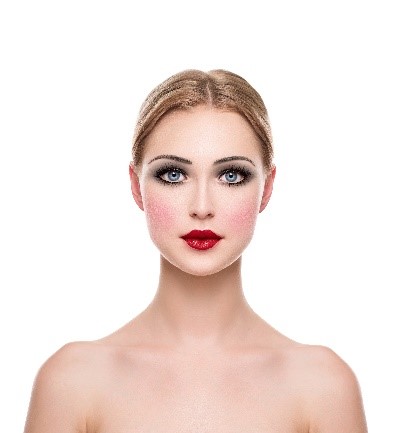 The 1920s saw an increase in women wearing makeup, with early stigmas eased.

Shaping the lips was a huge trend in this era, and women would line their lips smaller than their natural outline and shape them to make it look like they had a cupid’s bow. Red was the most popular shade of this decade. Dark, defined lashes was also a popular trend.

People used various foundation liquids and powders to get the highly coveted pale, ivory skin and blush was applied in circles to give the appearance of a more rounded face. More commercial face creams were developed too, including Pond’s vanishing cream which gave skin a pearly sheen.

If you’d like to change up your look in 2021 to feel your very best, then take a look our range of non-surgical procedures.

You must be over 18 in order to browse this site